Welcome to our homepage! We are a research group in the Department of Electrical and Computer Engineering at the University of Utah, located in beautiful Salt Lake City, Utah. We develop (opto)electronic devices in atomically-thin materials such as graphene and transition metal dichalcogenides, complex oxides, topological insulators, and their heterostructures.  We also study non-traditional transport phenomena such as electron-plasma waves and resonant-tunneling, and harness these into device applications.  We also develop methods for the design of novel optical components and devices enabling extreme performance. Our main research interest is on the terahertz and far-infrared regions of the spectrum, but we are also interested in exploring materials and devices at RF, mid-IR, and UV frequencies.  Our research is funded by the National Science Foundation (NSF), the Office of Naval Research (ONR), DARPA, and the Air Force Office of Scientific Research (AFOSR). 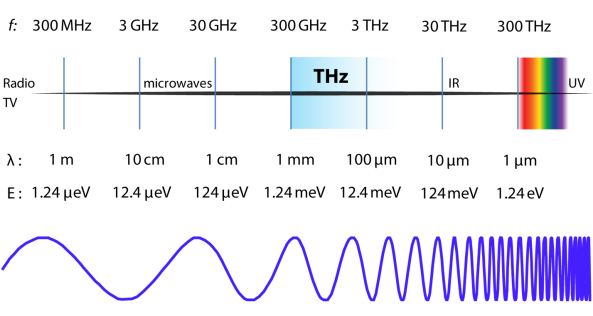 Berardi Sensale-Rodriguez received his Engineer’s degree from Universidad de la República – Uruguay in 2008, and the PhD degree from the University of Notre Dame in 2013. In July 2013, he joined the faculty of the University of Utah, where he is now a tenured Associate Professor of Electrical and Computer Engineering. His early research interests were focused on numerical modeling of RF/microwave components and analog circuit design oriented towards low power (sub-threshold) portable and implantable electronics. His doctoral work was focused on the proposal and development of novel THz devices and systems based on 2D materials. More recent interests include plasmonics, metamaterials, and optoelectronic devices ranging from THz to the UV. He has authored/coauthored over a hundred research articles in these and related areas. He is a member of Tau Beta Pi, the IEEE, the SPIE, APS, and an associate member of the Uruguayan National Researchers System (SNI). He is the recipient of the Best Student Paper Award at the 37th international conference on Infrared, Millimeter and Terahertz Waves (IRMMW-THz 2012), the first prize in the Engineering Division of Notre Dame’s 2013 Graduate Research Symposium, the Eli J. and Helen Shaheen Award in Engineering (highest honor bestowed on Notre Dame graduate students), and the NSF CAREER award in 2014.